There are two mains reasons for this: demographic shift and market conditions. Pew Research Center has estimated that Millenials (defined as those age 21 to 35 in 2017) have now overtaken the previous generation (Gen X) as the most substantial labor force demographic in the US, accounting for 35%.  Also, the post-Millennial generation (born after 1996) is rapidly reaching working age and already makes up 5% of the labor force.

And with these new generations come new values and ideals.

Market conditions have swung heavily in favor of the highly skilled employee. HR challenges in multinational companies are getting trickier, but startups, in particular, are now competing for the best candidates as it has never been as simple to company hop. The currently extremely slender employee retention rates reflect this fact. So if perks and benefits aren't enough, what do these pesky Millenials want?

What is company culture? Company culture is that set of shared values, goals, attitudes and practices that characterize your organization. It's your own company personality, it's about the way employees and management interact and handle business transactions. More and more companies are learning how to manage diversity and inclusion as part of their company culture.

But how does company culture work? Well, oftentimes, corporate culture is implied, not expressly defined, and develops organically over time from the cumulative traits of the people the company hires.

Company culture is arguably the most significant factor when it comes to both attracting and retaining talented employees. Younger employees want their workplace to reflect their lifestyle and core values. These typically center on fairness, transparency, inclusiveness, and freedom.

Factor in the favorable market conditions (or lack of employee loyalty) and it's clear to see that any company can offer competitive perks, but only a few can forge a company culture that is sufficiently awesome enough for employees to stay put.

So how do you actually create a great company culture?

This post will aim to answer this by looking at the approach taken by companies renowned for their innovative approach to workplace culture. Take these examples of successful company culture as some company culture hacks you can implement in your organization.

Buffer is a social media management platform and a trailblazer when it comes to radical transparency. The company goes to great lengths to publish everything openly on their blogs. Buffer even has a salary calculator with a breakdown of how each position's paycheck is composed. Loyalty is also rewarded—it's added in as a multiplier to the salary calculation.

Being an all-remote company, planning a yearly retreat is no main feat, but they manage it. This year some 85 Buffer workers flew from all around the globe to their ninth company retreat in Singapore. Like many young companies, Buffer has a set of core values, focussing on positivity and openness. Making company values public is an increasing trend as it's a useful way for both sides, particularly the employee, to increase the chance of being a good culture fit within a company. This strategy is working as Inc.com singled Buffer out as one of the best places to work in 2018.

If you're in the HR world, you understand the importance of diversity and inclusion in the workplae, and the benefits of a diverse workforce. Etsy is an e-commerce retailer focussing on the handmade or vintage niche. Etsy is interesting because it has chosen a very proactive route when it comes to gender inequality in the workplace. Etsy offered female applicants a $5,000 grant to attend a hacker boot camp and become coders. The number of applicants rose from seven to 651, proving a success. From this talent pool of female coders, Etsy then selected over a dozen rising stars to join the team. Etsy has described its policy of diversity as a real game-changer for many applicants looking to join the company. Not only does the policy boost diversity, but it attracts candidates who value this principle as well. 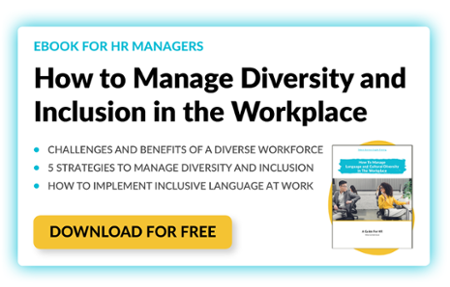 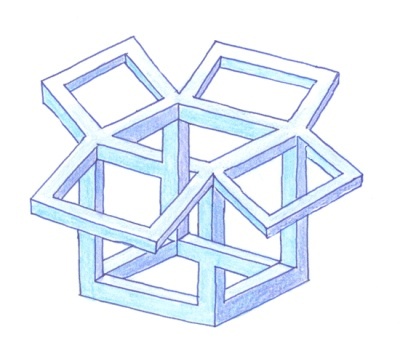 Dropbox emphasizes creative freedom. Even when it means freedom to doodle. Jon Ying was one of Dropbox's first employees and by his own admission was not a designer or an illustrator. Michael Jeter, Illustration Lead at Dropbox, recounts the story that one day the co-founder Arash Ferdowski handed Jon a piece of paper and some coloring pens and Jon sketched what would be dubbed the psychobox, as seen above. The company used this sketch as their 404 error page for quite some time. According to Michael, this creative freedom continues today.

4. Medium – Teach Me Something

We've all sat through a boring interview before. It doesn't exactly breed excitement for the new role should you get the job. Gabe Kleinman wrote about innovative ways Medium, the online publishing platform, is experimenting with interview techniques. One of the methods he employed was "Teach us Something." In his words:

"Teach Us Something // That’s it. We want candidates to teach us something — anything. They show us their taste (compelling topic selection?), dynamism (presentation skills + question response?), and influence (did people stay after to speak with her/him?). And, we all learn something new regardless."

Next-who? You'll be forgiven for not knowing NextJump. NextJump is a company that provides other companies with a benefits platform. NextJump, like many companies, struggled to get employees to take part in healthy workout schemes. The solution: split employees into teams and offer a $1000 bonus to the team that works out the most each week. And to keep it fair every workout is logged in an internal system can be viewed by all employees. CEO Charlie Kim claims that not only has this lowered healthcare costs, but it has energized his employees.

Zappos, another online retailer, takes a novel approach to employee training: Firstly, all new hires, regardless of position, are put through a four-week training programme whereby they work in the call center. After a week or so of responding to customers, the new class is offered an out in the form of a $2000 paycheck to leave. The rationale behind this is two-fold: firstly, Zappos value teaching each employee the core value of the company which is to value the customer. Secondly, the pay to leave idea is to effectively rid the company of employees just showing up for the paycheck.

Are you noticing a pattern yet? All of these companies work out from there core values to create a company culture that is true to themselves. Let's look at a few more:

7. Atlassian – ShipIt Days to Work on Your Own Projects 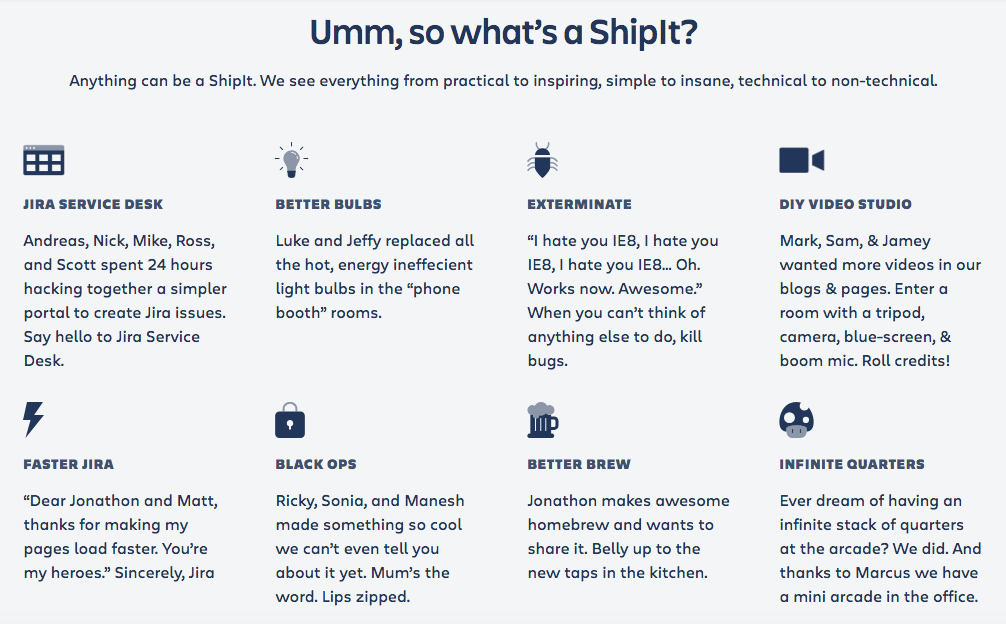 Atlassian is the company that brought Jira boards to the world, probably the most popular issue management tool worldwide. Think post-its on a whiteboard, just digitalized. Atlassian has invented something it calls ShipIt days. Basically, at Atlassian, ShipIt days are a 24-hour period where employees can work on whatever they want. Some ShipIt days include building a mini arcade in the office, creating a makeshift video studio to produce blog content, and installing craft beer taps in the kitchen. Sound fun? If you answered no, then stay in your cubicle and wait for AI to tap you on the shoulder.

Adobe is the gold standard for many creatives, particularly those working in visual media. Adobe scrapped annual performance reviews as they were considered too time-consuming and negative. Instead, Adobe opted to transform the traditional manager role into that of a coach. Removing this rating system allows employees to be freer, and together with their managers (or coaches) define their own goals. Adobe believes this to be a much more productive and positive way of working.

Also worth a mention are some slightly more experimental approaches to work life. Two of the ideas that have been piloted by companies are:

Firstly, the four-day week was actually piloted by a company called Treehouse, an online education solution. While the pilot was successful, they later returned to the 5-day structure after a couple of years due to company setbacks. However, this model has recently been replicated for two months in New Zealand by securities company Perpetual Guardian. The company even noticed a slight uptick in productivity and increased employee engagement.

The Holacracy Model Was Actually Practiced By Medium A Company On This List And Is Continued By Zappos.

It's worth keeping an eye on trends like these, because being open to innovative new ideas may just give your company the edge in attracting new talent.

Establish Company Values You Believe In, The Culture Will Follow

So what do all of these companies have in common? They all genuinely emphasize their company culture front and center. Not only this, but it is clear that this culture is derived from a core set of principles and evolves from there.

The bottom line is that if your company does not reflect the lifestyle of the talent you are trying to hire, you cannot succeed in the long term. A gym membership is something that can be acquired overnight, but a company culture has to be built from the ground up.

If you are interested in learning more about the challenges and benefits of successfully managing diversity in the workplace, download the full guide here. It also includes 5 strategies you can adopt today and easy-to-apply language changes to foster inclusion in your organization.

Help your employees take their professional English communication skills to the next level with any of the following modalities: 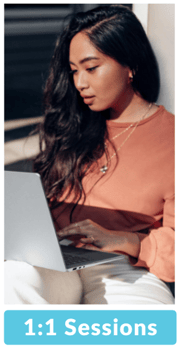 For any additional information or questions, you can also reach out at info@talaera.com.

Interested in getting the best offers and receiving free content on Business English communication? Subscribe to our newsletter and we will keep you in the loop with offers, free events, and development materials!