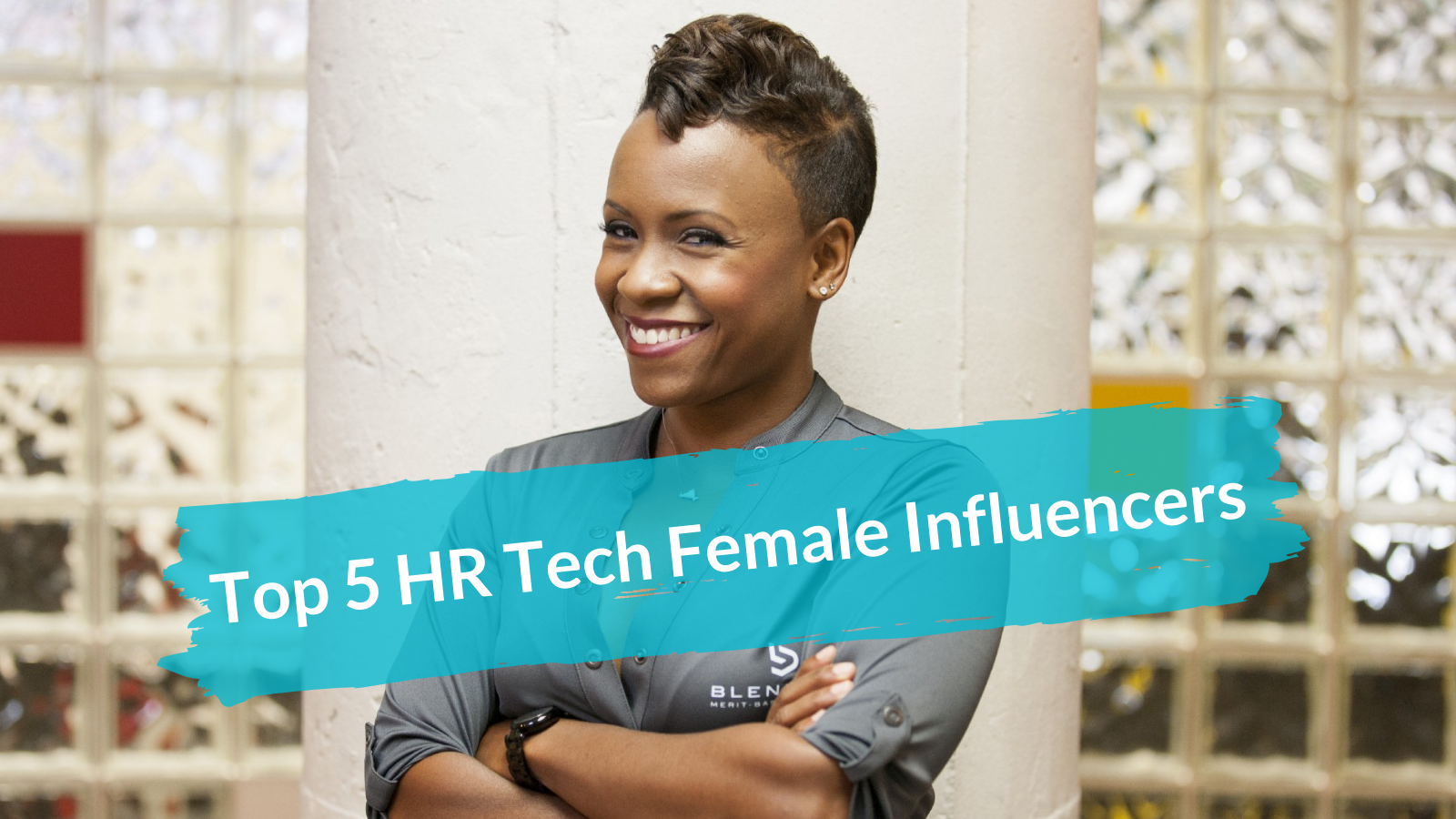 
The field of HR and talent management is becoming increasingly technologically advanced. Developments in AI are enabling recruiters and talent managers to make more precise, data-driven decisions than ever before.

But within this traditionally male-dominated field, there are many emerging female tech influencers that are challenging the status quo by creating truly innovative HR and talent management platforms using the latest cutting-edge technology.

From blind recruiting to AI candidate selection all the way through to augmented writing, these influential women are turning the HR industry on its head.

Stephanie’s story reads like a Hollywood movie. Speaking in an interview with Madame Noire (check out the video above), she revealed the incredible hardships her family endured in her early life. Yet, at age 13, Stephanie started coding and graduated from Stanford and later MIT. Following her experiences in the HR space, she realized there was a fundamental problem with how tech companies approached recruitment: unconscious bias. This is where we unknowingly favor one group of people over another, even if both groups are equally qualified.

Women and minority groups are majorly underrepresented in the tech space. For whatever reason, traditional hiring methods favor a relatively homogenous group of white males.  Stephanie believes that removing unconscious bias levels the playing field for women and minority applicants.

These experiences led her to create Blendoor. In her own words:

“Blendoor is a recruiting application that hides candidate name and photo to mitigate unconscious bias in hiring.”

Candidates upload their profile via Facebook or LinkedIn and answer a few additional questions. Then, candidates are shown jobs from within the app and swipe right if they like the job and left if they don’t. Companies are shown top applicants based on the strength of a candidate and their name and photo keeps their gender and ethnic background anonymous.

What makes Blendoor all the more impressive is Stephanie has seemingly created something where tech titans have previously tried and failed. Back in 2014 Amazon started creating an AI hiring app that automatically sorted through resumés. But there was a major problem; The system preferred men. Amazon attempted to correct this bias but without success and the project was shelved.

What’s interesting to note is that the CVs in Amazon’s sorting algorithm were not made anonymous before sorting, allowing it to downgrade CVs containing female-specific sections such as women's colleges or sports teams. Amazon did not address the fundamental problem of unconscious bias.

The secret is @amazon that the people most incentivized to solve this problem are not the engineers you've put to the task. #iLookLikeAnEngineer "Amazon scraps secret AI recruiting tool that showed bias against women" https://t.co/CAUGoO71q3

Her approach to solving this problem comes from a place of genuinely wanting to get excellent female and minority background applicants into tech. 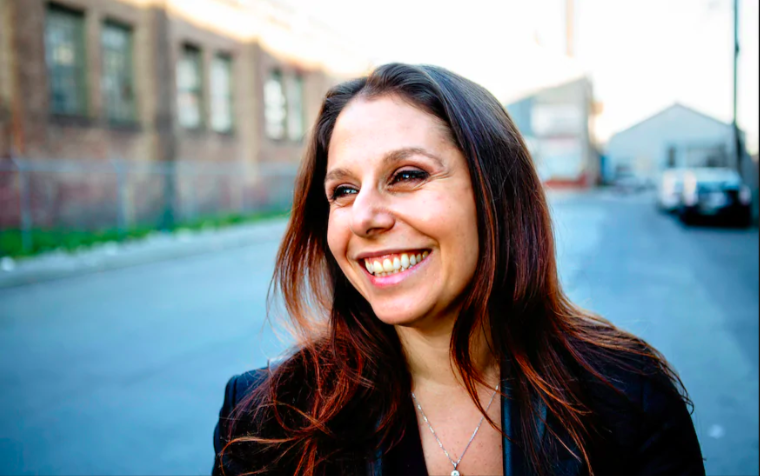 Whereas blind recruiting apps like Blendoor focus on anonymizing CVs and resumés to eliminate unconscious bias, interviewing.io gets rid of resumés altogether!

Aline Lerner, co-founder and CEO of interviewing.io, believes that resumés are a “terrible way to gauge if someone can actually code and open up hiring decisions to any number of unfairnesses.”

For instance, major companies typically look at which university or college a candidate graduated from. And if you are not from a top-5 school your chances of making it in tech exponentially decrease. Aline believes this is fundamentally unfair. This led her to co-develop interviewing.io.

Candidates register and take part in an anonymous interview. Candidate identity is kept secret. The interview consists of a call and the candidate and interviewer share a screen. The candidate is then asked to solve coding problems live. The platform supports multiple coding languages like Python, C Java and more.

The great thing about this approach is that if you have an off-day, your identity is kept secret. It also gives you the chance to practice real-life interview situations. Candidates of the platform can choose to be screened by actual interviewers from major companies like Apple, Google, Uber, Airbnb and many more.

But what if you nail the interview?

Awesomely, the platform allows you to reveal your identity and the company who interviewed you can actually recruit you directly by following up with a face-to-face interview. Currently, around 60% of platform users actually make it to on-site interviews.

Aline is also addressing the gender pay gap in tech. She takes a scientific approach using data analytics to uncover underperformance of women compared to men and conducts experiments to find the root cause. She is a regular blogger and provides fascinating insights into HR and talent management - definitely worth following!

I did a very frank interview with the illustrious Joanna Ngai, as part of her Q&A series with female founders. Thank you for including me and @interviewingio.https://t.co/1cdxn2I2Qw 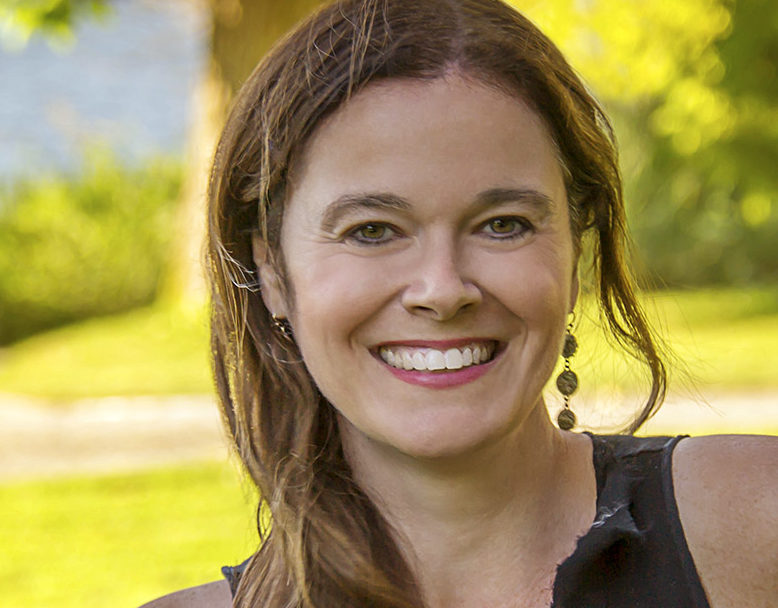 Unconscious bias is omnipresent. Numerous studies have shown that even the seemingly harmless greeting “hey guys” is not exactly gender neutral.

Another highly innovative approach to tackling unconscious bias in recruiting comes from Kieran Snyder. Kieran co-created Textio, an augmented writing platform. Textio has analyzed a mind-boggling quarter of a billion job listings. She believes the future of writing is AI-assisted writing. The goal of Textio is to make job postings appeal to as many candidates as possible, not just one specific demographic. Textio aims to predict how candidates will respond to a specific piece of writing before they even see it.

“In large organizations, you don’t end up with thousands of people using the same words by accident. The patterns that show up across your company’s jobs show what you truly value.” 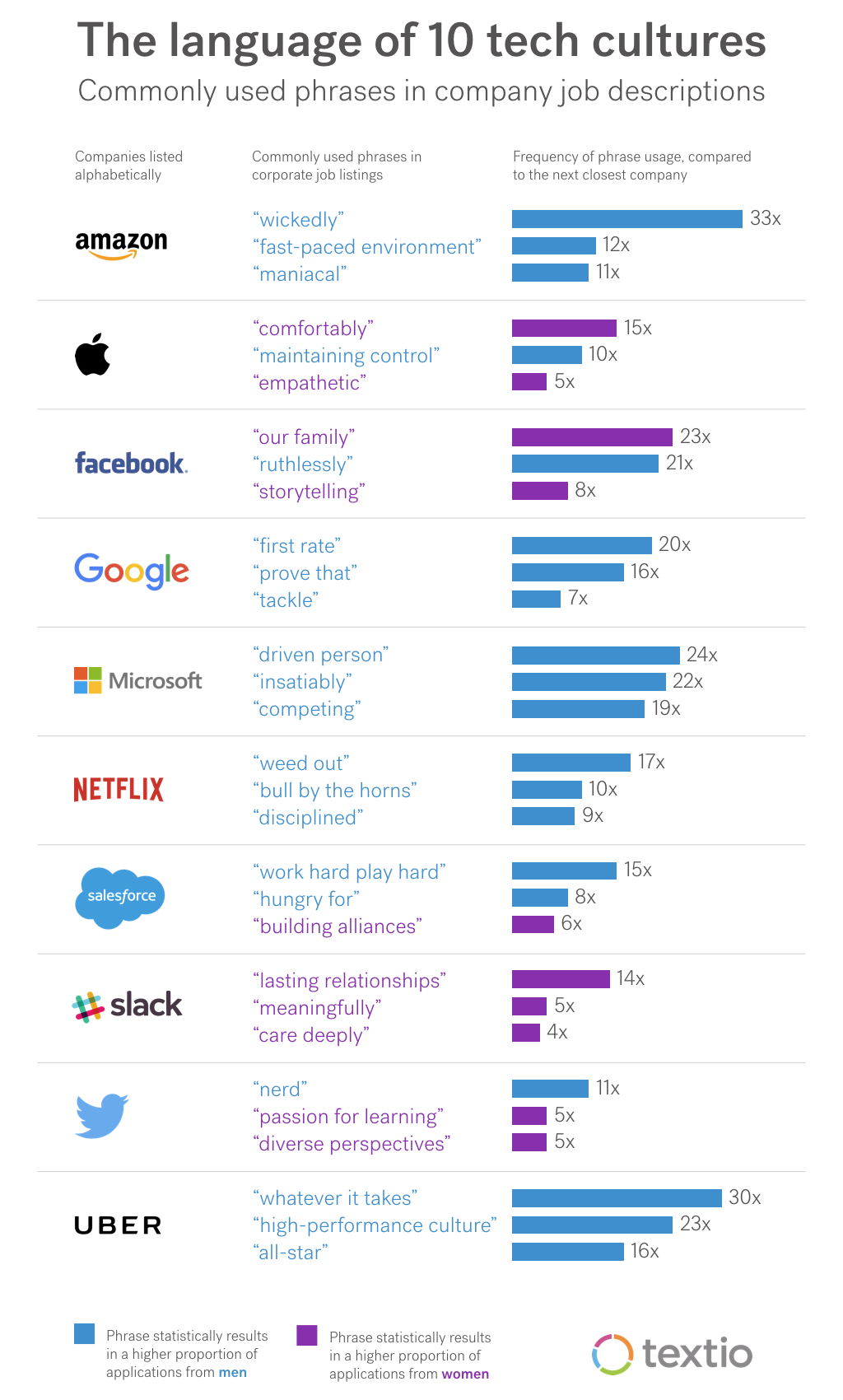 
“The core tech now exists to be able to quantitatively predict with a high degree of accuracy whether a document or email you’re writing will get the outcome you want.” 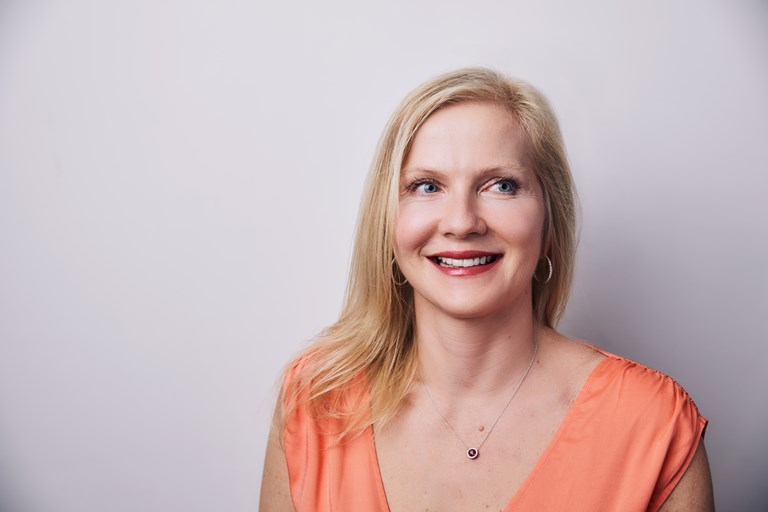 Frida Polli is an MIT and Harvard educated neuroscientist. Nowadays, she’s co-founder and CEO of Pymetrics. Pymetrics is a HR tech start-up that aims to improve cultural fit when hiring. Frida believes that traditional question-answer interviews don’t really provide an accurate picture of a candidate’s true cognition and emotional make-up. They also harbor - yep, you guessed it - unconscious bias.

However, through just 20 minutes of gameplay, the Pymetrics app can assess a candidate’s inherent cognitive and emotional make-up and thus determine whether they would be a good culture fit for the hiring company. There is a lot of clever neuroscience behind Pymertrics’ games. Each job posting at each company is calibrated in an individual way, meaning an engineer position at Airbnb may not be looking for the same emotional traits as the same role at Facebook. The truly clever part of Pymetrics is that the algorithm gets smarter over time. If a candidate is rejected form a particular role, the algorithm learns to correct the cultural fit over time. 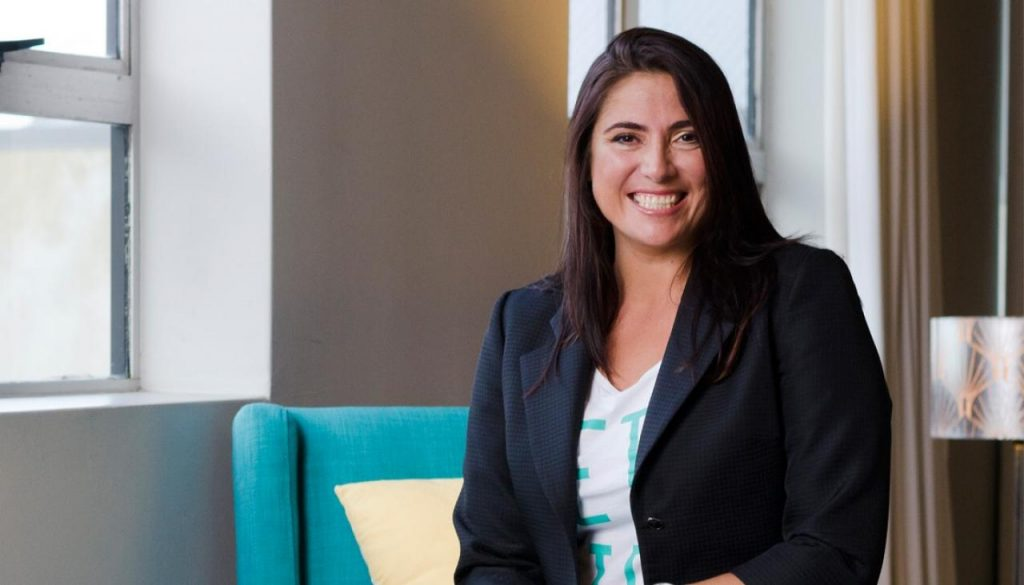 Dale Clareburt, a tech influencer from New Zealand, is co-founder and CEO of Weirdly. Like Pymetrics, Weirdly is an app aiming to improve cultural fit. Dale’s approach is to build fun quizzes aimed at showcasing your company culture while determining whether the potential candidate would be a great fit. The platform emphasizes the fun and sometimes surprising nature of its questions which keeps the candidate experience vibrant and lively. Once a candidate completes a quiz, the platform ranks the candidates by how well they would fit the role they applied for.

AI Tech Can Improve Your Recruiting and Talent Management Workflows

This post looked at just 5 female tech influencers making their voices heard through their innovative technology. Used in the right way, AI and HR tech can change the hiring industry for the better. It can help eliminate unconscious bias, leading to a more diverse and inclusive workforce based on a meritocracy rather than simply resumé credentials.

Author Bio: Tom Wells is an online author writing for some of the biggest brands in the tech industry. Connect with him on LinkedIn to check out some of his latest posts.

Talaera is an online platform that provides one-on-one English language training, anytime, anywhere, with 100% personalized lessons, HD video quality, and qualified teachers that will help you achieve your learning goals. 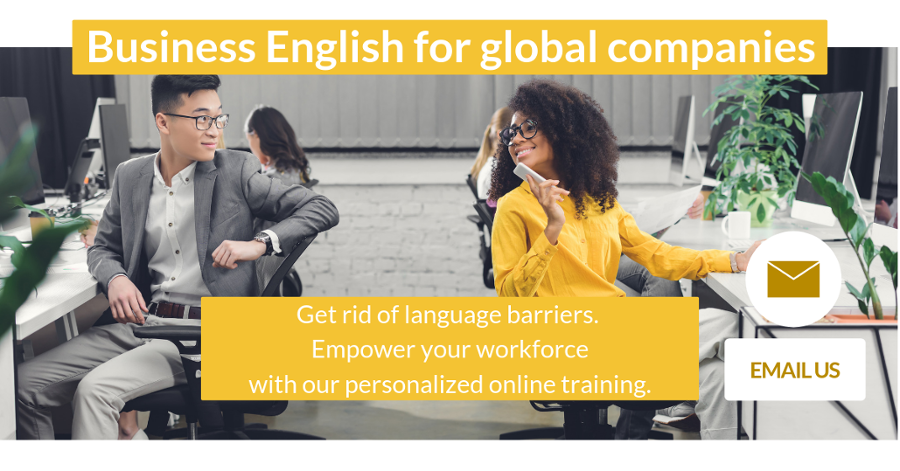 Liked this post? Check out these other related topics: